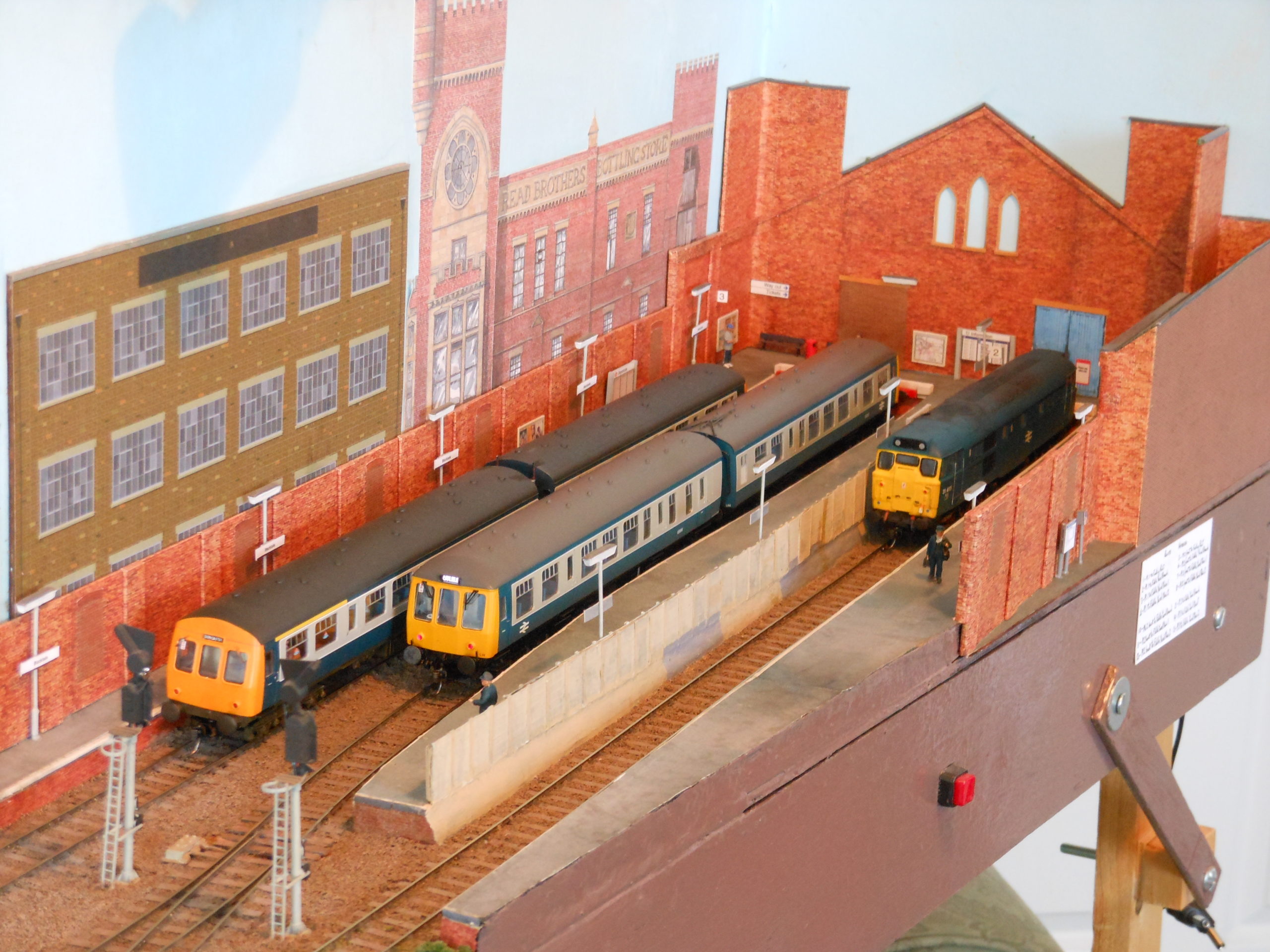 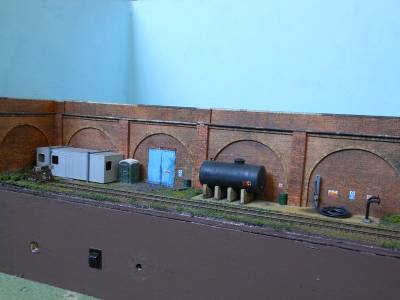 Welcome to BR’s “crumbling edge of quality”. “Blacklade” is the surviving station in a small Midlands county town, served by local trains to Nottingham, Birmingham (both ex Midland) and Sheffield via Chesterfield (ex GC). Trains are worked by elderly 1950s diesels reinforced by new Sprinters.

The layout has been built by MRC member Stephen Siddle to OO Intermediate standards using detailed RTR and some kits, and represents a attempt to model a subject often dismissed as unmodellable – a modern passenger railway worked largely by multiple units.

It is 8’6 x 1’, operates with DCC and is portable so makes outing to exhibitions. It can also run as post-privatisation (2000-6) under the Central Trains franchise with West Yorkshire services where DMUs (class 153 and the Pacers) join and split.