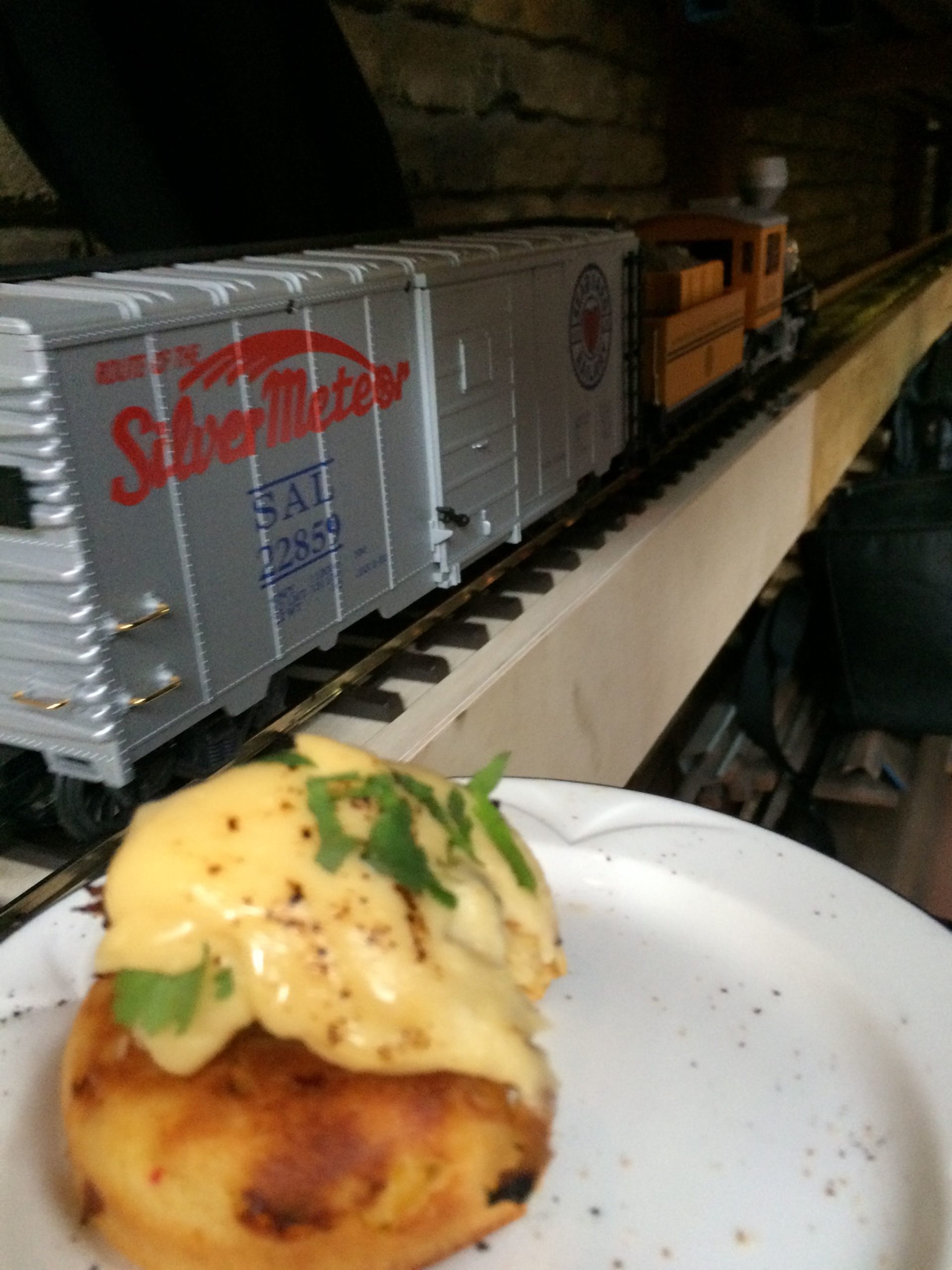 The owner of the venue was persuaded to allow us to put removable brackets up along the way to support the layout, which was a major relief, as we were worried that if supported only on the legs if someone grabbed it and fell over, they could bring the layout with it. The brackets not only provide extra support, put also enable us to fix its relationship to the wall, so it doesn’t move in or out. The brackets are a simple two-slot type from a well known DIY chain, with a wood baton screwed to the top on which the boards rest, and pieces of wood screwed inside for the boards to sit over. 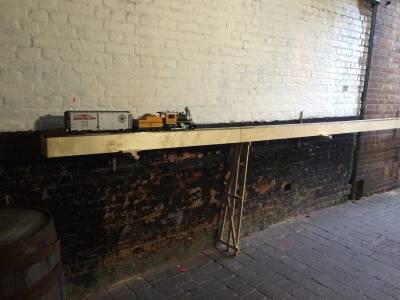 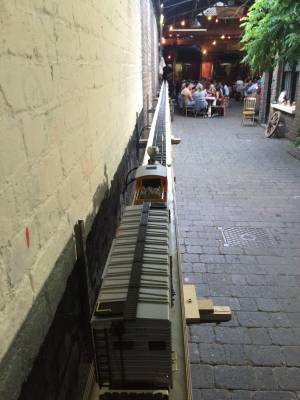 The layout was built as 5′ long boards, to make it more flexible to move around, but as it is staying in the venue, we decided to semi-permanently fix the boards into 4 and 3 board sections, so there are only 4 sections of the board to erect each week. As it’s a restaurant, there should be enough staff around to help move the 20′ long sections out of the section of racking where they get stored under cover during the week into the open section of the yard. With the help of Leslie, John and George we got the brackets aligned and packed up to the right level and erected all 15 boards down the side of the restaurant. 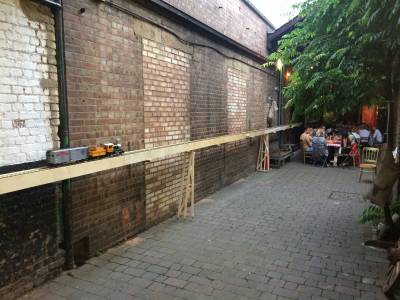 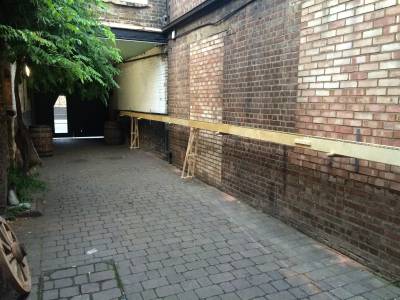 Next stage was to check the loco worked, and initially it did, complete with the auto-shuttle unit. Now the auto-shuttle unit is a relatively simple device to make the train to shuttle back and forth all evening – there may be more to it inside but it reverses the polarity of the track at a set time interval by the sound of it using a relay. The train itself is stopped before the end of the track by putting a break in the rail and a diode in the feed to the final section, that allows it to move away from the buffer stop but not go beyond the joint. Having stopped as the loco crossed the break, it then waits until the timer changes the polarity and off it goes to the other end. I’ve used these before (most recently on the Narrow Gorge project), and never had a problem – they do just what they say and keep going hour after hour. The first few times, all was well, but then the loco started travelling a bit further than the break in the track, and further, then it stopped right on the mark a few times, but and in the end more often than not it gently drove into the buffer stop and the wheels kept turning. By this stage the first diners had arrived, and the ‘show’ as on. So we had no choice but to let it run (none of us wanted to spend 4 hours flicking a reversing switch…) and keep an eye on it.

It was soft launch night, and we were invited to join the paying guests and have a five course dinner. I won’t spend too long diverging from model railways, but we started with a delicious Prosecco based cocktail, and I especially enjoyed the crocodile popcorn, the muffnut (pictured below) and cowboy stew (didn’t last long enough to be photographed).  Over dinner of course the four of us discussed many things, including progress on the Club’s EM gauge layout and the problem of the non-stopping loco. The consensus was that unless the diode had a strange fault, there must be something in the loco storing power. But after some more drinks (if you find gold coins in your food, you can barter them for free drinks…so we did) we thought that perhaps it wasn’t the best time to go probing about the inside of the loco – but we will get to the bottom of it, and let you know what we find. The other consensus was that we would probably be back to experience the event and food again before the autumn. 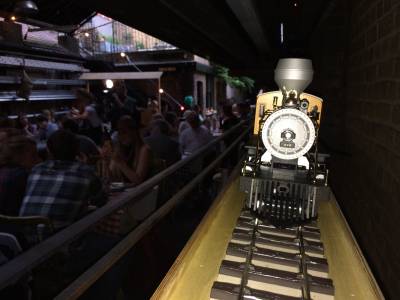 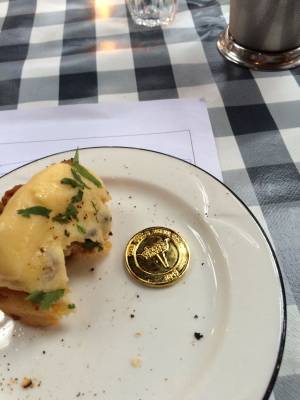 So we got the layout built, it ran through the launch night, now the railway has to behave two nights a week through to October. To find out more about the restaurant, and to book your place, check out their website: