Bow Junction’s turn to be erected in the Lower Hall started just after the May Open Day so it was erected near the start of June and was taken down and packed away on the middle of August to make room for Putnam. This was in fact the first time that all of Bow Junction …read more.

James has been busy with his ‘late period’ class 15s locomotives.  They have all been converted to EM gauge conversion plus had new couplings fitting. DCC has been installed including stay alive just in case our trackwork isn’t quite up to scratch. And of course the slightly fiddly pack of detail parts added. Now he’s …read more.

Hope you’re all enjoying the summer weather. Thought it was about time for a workshop update. The next loco from the Darlington works in St Albans will be a Skittle Alley, AKA a Raven NER 4-6-2 No. 2400. It will make a striking and exactly contemporaneous partner to Valour on CF. (Just needs someone to make …read more.

The London Festival of Railway Modelling is the capital’s premier exhibition, held every March at the fabulous Alexandra Palace in North London. The next show is on Saturday 19th and Sunday 20th March 2022, and we’re delighted to confirm that the following layouts, representing a wide range of scales and prototypes, have accepted our invitation to attend. …read more.

It is not often that news about a model railway spills from the pages and forums of the modelling press onto the pages and screens of the national press but Heaton Lodge, a 7 mm scale layout based upon a section of line in West Yorkshire has done just that. We sent our West Yorkshire …read more.

Carol started her railway modelling life in 2017 because of her grandchildren’s enthusiasm and she had no idea how absorbed and engaged she would become. “It’s how I came to appreciate my love of making realistic scenery. Modelling in OO Gauge, Edge Hey & Strines Railway expanded to fill a whole bedroom, and is a …read more.

Phil has been a modeller since being handed a bag of balsa wood offcuts, a knife and some glue as a child. Since then, he’s worked in all scales and become interested in all sorts of prototypes – although mainly the offbeat and unusual ones. Garden railways have been part of his life for over …read more.

Bert and the horses have a quick nap and food break, whilst Will, the lad, has headed off to find where exactly the next ice delivery is to be made, on Copenhagen Fields Quite amazing to consider that the horses, wagon, driver & street lamp top were all 3D printed.  Mike has recently designed and printed …read more. 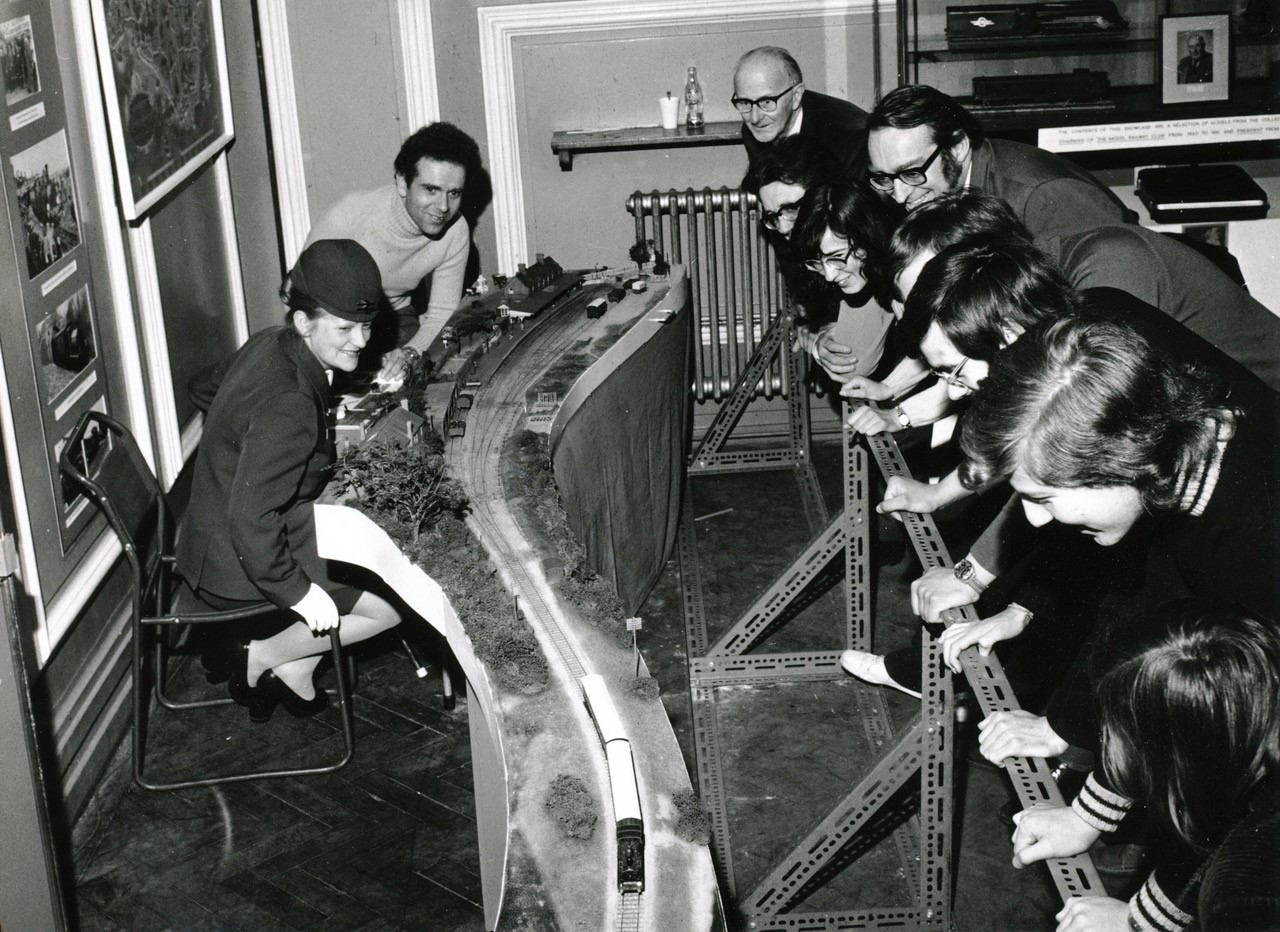 David Woodcock, one of the original five, tells the story behind the pioneering Protofour model railway layout “Bembridge” which was built at Keen House and which was first exhibited at the Club’s Central Hall Easter show exactly fifty years ago. Recorded 13/5/21.

The latest development is some etches for the canopy to go across the end of the goods sheds. These made up very well and are quite remarkably rigid, considering the fineness of the etches. The canopy has had six legs made for it, which will be magnetically retained on the layout, as I suspect this …read more.

Copenhagen Fields – a summer retreat for some detail work

After fairly frenetic activity over the last few months I did a bit of grotty modelling in the camper van in Cornwall. The hut under the arch really was a grade 1 bodge! It really shows off the clean lines of Jim’s steps and Matthew‘s signal box. There are a whole load of point rodding covers to place around …read more.