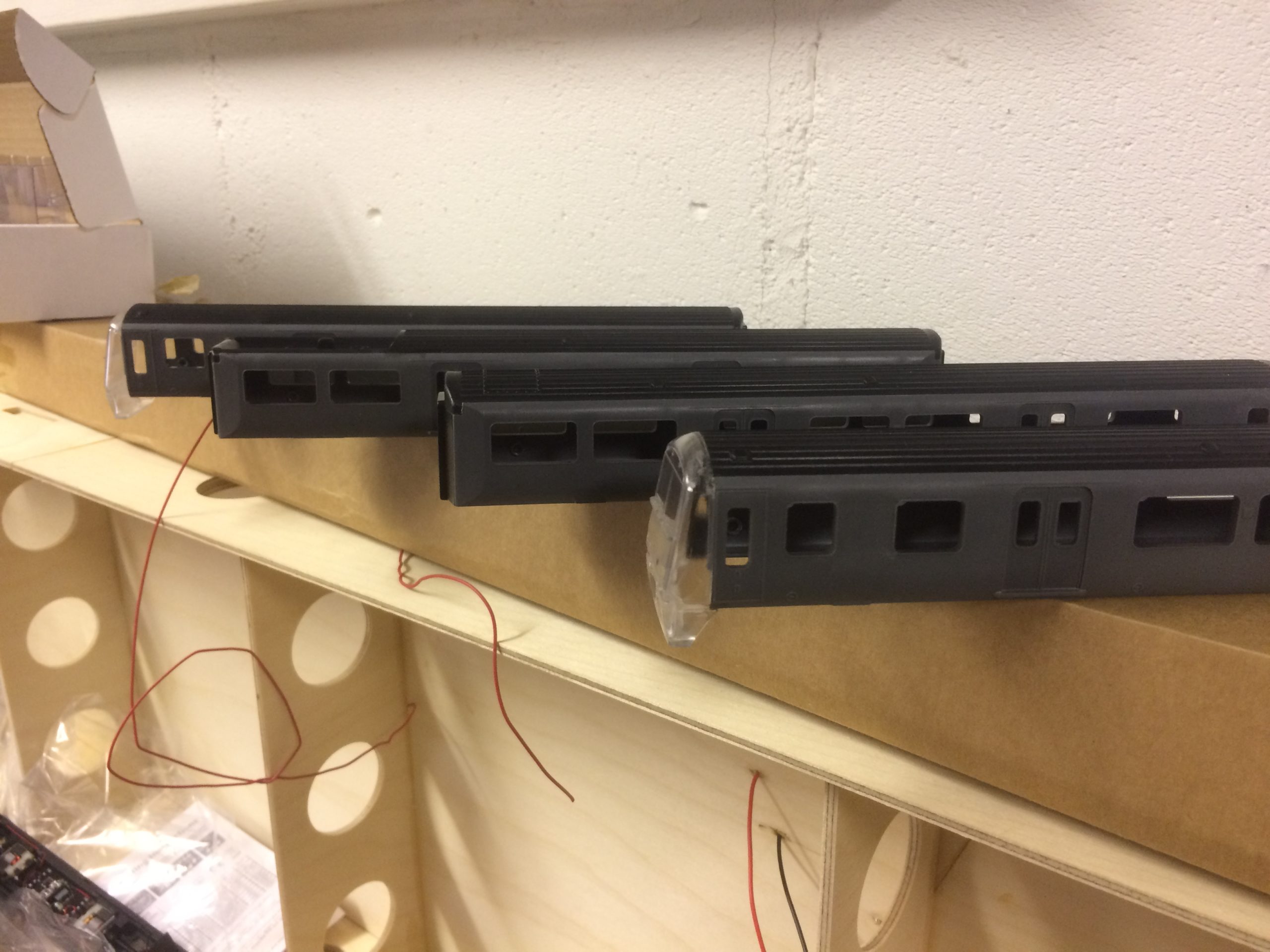 As Tom S pointed out rather longer ago than I remembered, a few of us are supposed to be building the EMUs for the Club’s OO layout project Ingatestone. My experience of 321s is on the WCML in their earliest days from the late 1980s where they had taken over from the Class 310s (with a stop gap of 317s if I recall correctly). Many of the class have however served their time on outer suburban services from Liverpool Street through Ingatestone, so they are a necessary part of the stock roster for our project. They normally operate in 8 and 12 car formations through Ingatestone, I don’t think the layout can really take 12 car units but an 8 car does fit so we need more than one or two units. Somehow I’ve volunteered to build 2.

The basis of the kits is the Bratchell Models kit – not a manufacturer I’ve used before as they are a bit modern for my modelling but I’ve admired them at Alexandra Palace on their sales stand, and as you can see Chris has built several including the 455 and 456.

Sadly there isn’t a ready painted version so the basis is the undecorated example and later I’ve got to face the joy of the livery… The kit of parts is of high quality, but there are some other challenges beyond the painting, such as a pantograph that looks roughly right and is robust enough to use, and the layout is DCC and the team want stuff like working lights that I need to address. But the first stage is to have the body structures built and ready to go.

The kits are designed for Tenshodo or Black Beatle motor bogies, but assuming the two units I’m building are going to run as an 8 car I decided to use the Replica Railways chassis which should have enough power to pull 8 an 8 car unit around the layout in one unit, and have the other as a dummy.

I started off with the body shells which went together pretty easily, although I very nearly got a cab slightly out of line when not paying attention. 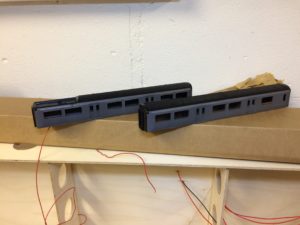 The bogies were next, and this almost all went well until I managed to knock over the bottle of Butanone which – whilst nearly empty – still had enough to cover a couple of the bogie castings, and pretty much melt them. I tried to save them but they are beyond recoverable so I’ve ordered replacement ones. To help free running and enable me to use the built in pickups for the lights (if I go that far), I’ve used the DCC concepts wheels which are all metal and have little springs in them which can be used as pickups. 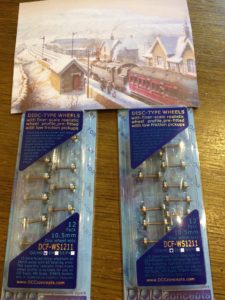 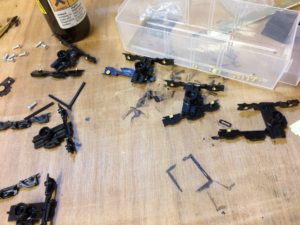 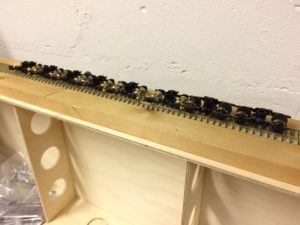 The chassis come next, starting with the 7 unpowered ones. These again are straight forward, with decent instructions to show where bits go, and nice clear parts that need minimal cleaning up before assembly. 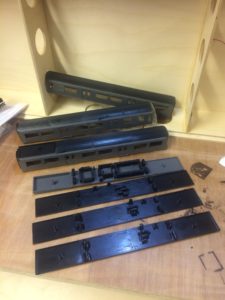 And then with everything together we have the first 4 car unit assembled, on the only bit of OO gauge track I have that is long enough. 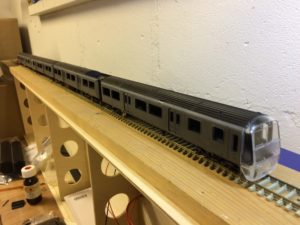 The most difficult bit of this part of the build is adapting the kit for the Replica chassis. There is no getting away from being brave, and attacking the supplied floor moulding with a slitting disc in a hand drill.

Stage 1 is to remove the floor supplied with the chassis – shown here at the bottom. 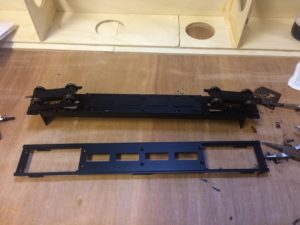 The cut outs in the metal are then marked out on the plastic floor from the kit. I reckoned it was easier to cut out the 4 central holes than to grind down the chassis. 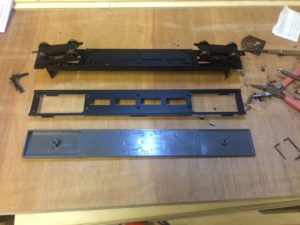 And each of the holes was cut out with the slitting disc. I started with the small ones and then did the bogie cut outs, erring slightly inside the line as it was fairly fine around the bogies. You can see the melted plastic edges from the cutting out. 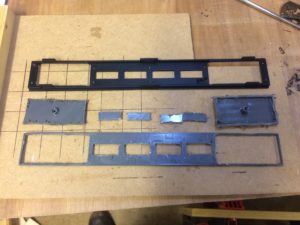 After a bit of fettling with the knife and files, the floor fits over the chassis. 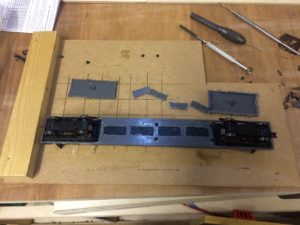 So I have 8 cars of EMU – but I suspect this has been the easy bit and I now need to face the painting. More in due course – meanwhile here is a part built unit on a part built layout with the start of a station building behind… plenty more work to be done. 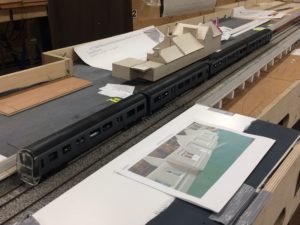 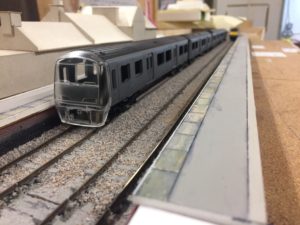 If you’d like to get involved, check out the layout page here, and get in touch here