The latest development is some etches for the canopy to go across the end of the goods sheds. 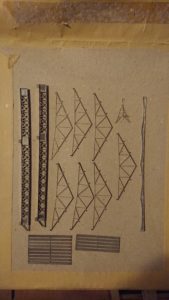 These made up very well and are quite remarkably rigid, considering the fineness of the etches. 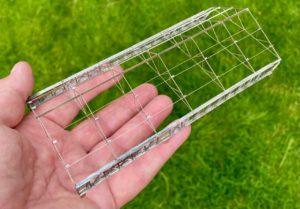 The canopy has had six legs made for it, which will be magnetically retained on the layout, as I suspect this building will be a removable feature, at least in the short-medium term. 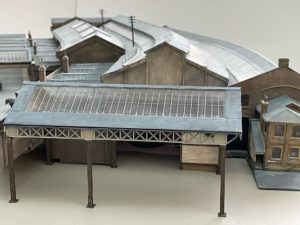 The whole scene at the north end of the sheds is now looking more or less complete, meanwhile at the south end… 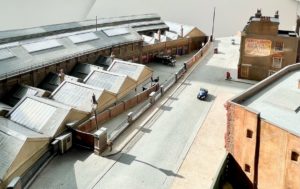 With great anticipation, a parcel from Hawaii arrived the other day. Tom’s Midland offices are a tour-de-force (as one would expect). 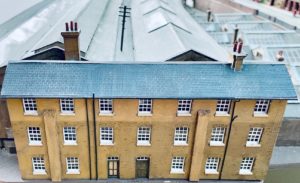 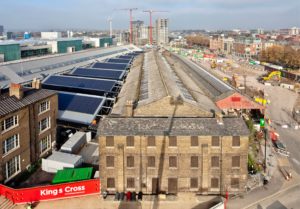 They frame the south end of the building complex rather well.

They will have a little bit more weathering and perhaps some signage attached. They will give the south end operator a really good view of the layout. The underground awaits…

CF will be a big feature in the October issue of BRM, with the excellent recent pictures taken by Phil Parker. I will probably have a go at making some road vehicles with horses next week