On the 12th and 13th May, Minories headed north to the historic Derby Roundhouse – for the Michleover Model Railway Group exhibition. John, Rob S and Tom headed north on Friday in a transit van (which came with a special adaption to first gear to keep the driver awake), where we met up with former chairman and now local resident Richard to set up. 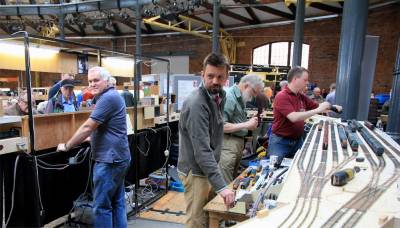 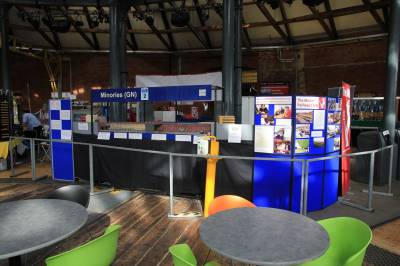 The layout is still developing into its circular format, and it took us a while to get it set up. However it worked considerably better than its previous outings. Smithfield housing estate is developing, and at the other end Steve’s new pub, tube station and office block is taking shape. 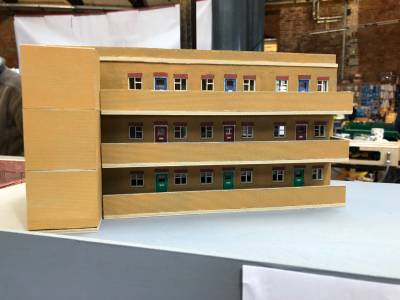 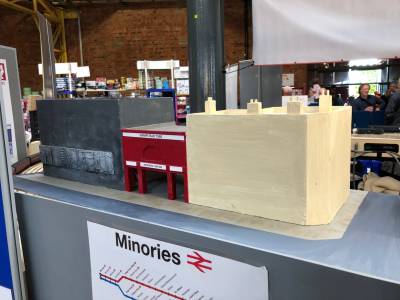 Rob N (another local) joined us on Saturday which gave a bit more flexibility in operating, and gave the other Rob a chance for a cup of tea. With the local knowledge we navigated through downtown Derby to enjoy Italian and Nepalese cuisine (the latter only marginally affected when the Charlie DC Kits / Legoman Biffo came in for their dinner). The parcels and freight stock got a chance to stretch their legs, along with some interlopers from the Club’s new layout Orchard Wharf from an era before yellow warning panels. And along with the normal Mk1 suburbans and we had all 4 of the DC Kits Cravens units running on the layout on the Sunday. 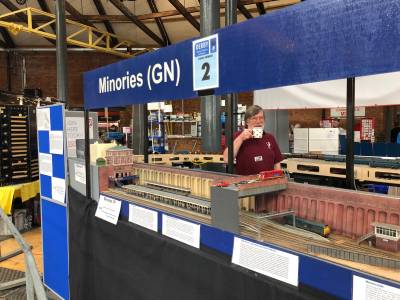