This piece of trackwork was under construction for an eternity — long, long before lockdown had been thought of — and it was finally attached to the baseboards during an all-too-brief working session in early October. It’s the crossover at the London end of the high level lines.

The plain track for the running lines could then be extended in both directions, and this photo shows 41726 just after she has run the length of the high level trackwork and across the up line turnout (P1a on our track diagrams). When the trackwork is all in this turnout will allow shunting moves around the goods loop on the down side of the line. 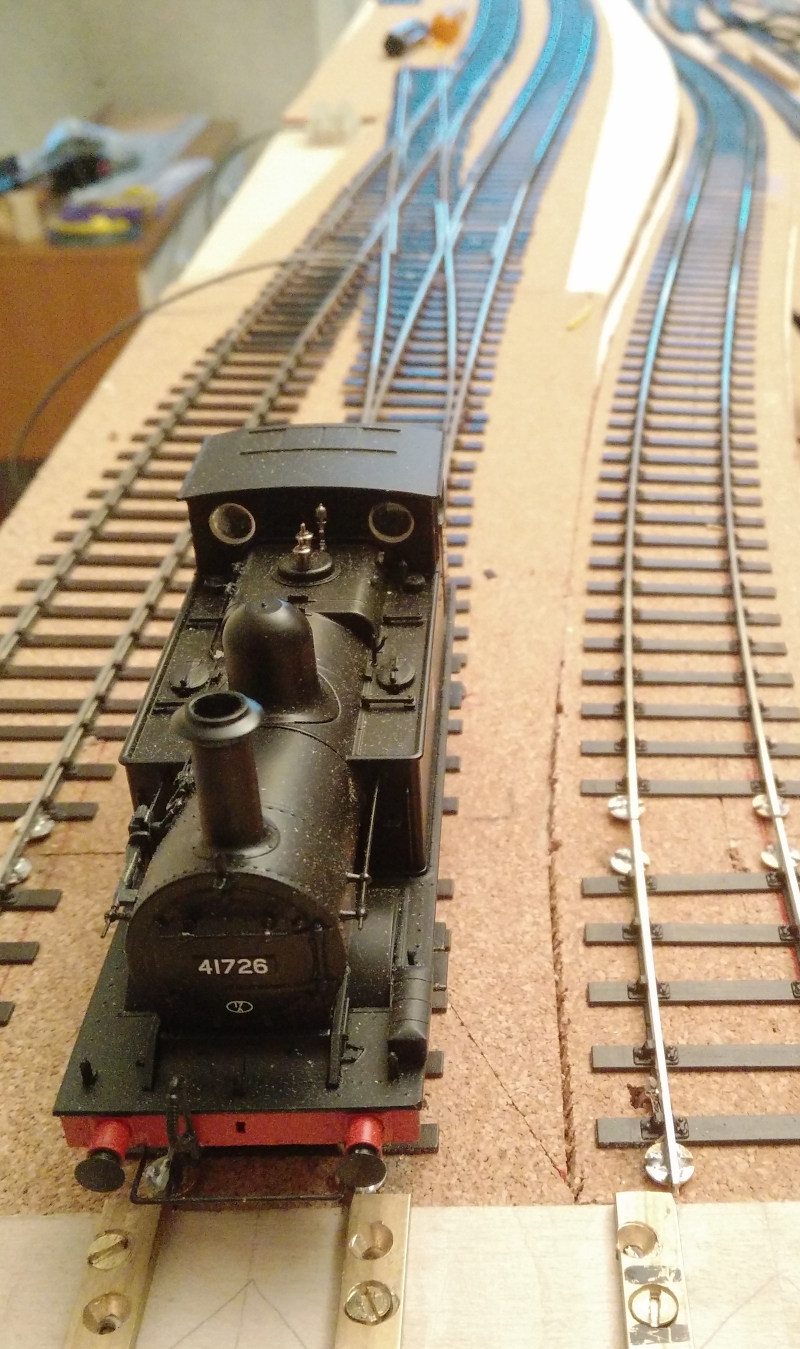 There’s similar pointwork at the country end of the layout and that was also fixed down in the same session. For me, the basic high level trackwork was a major milestone and the delay of six months sharpened my determination to make progress once it was possible.

Below we see another test train running on the up line, with a tube wagon standing in the wharf reception sidings. The track between is the incline giving access to the wharf from the high level lines. The viewing angle exaggerates it a little, but this is a steep gradient. 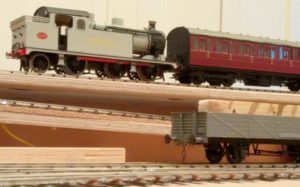 This was by no means all that was achieved over those few days. Further posts to follow.