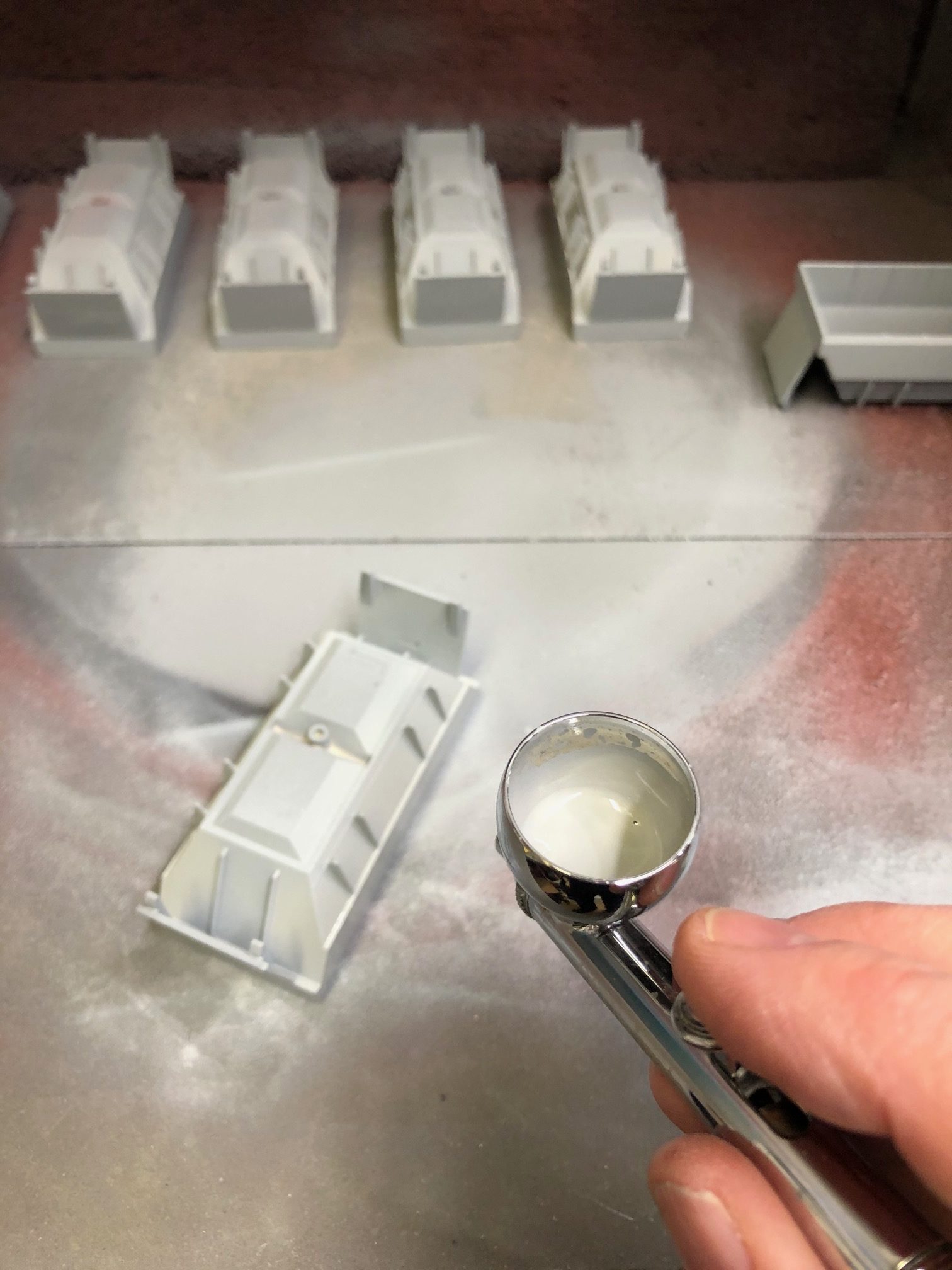 Having satisfied myself that the adaption of the Lima wagon  to EM works, I decided to move on to painting.  I had a pretty wide selection of bodies and existing liveries, which would easily show through new paint. So first job was a good soak in IPA – not the Greene King from the bar, but Isopropyl Alcohol. The Lima versions don’t come apart, but the Hornby ones do, and this shows a batch of Hornby bodies in for a soak. 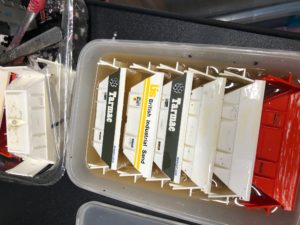 The paint is old and some of it took a fair time to soften up, but eventually it came off with a toothbrush and a dental pick to get into some tougher corners.

Part of the upgrade is to replace the original plastic ladders and platform at the ends with slightly finer ones, and  I’ve chosen the A1 Models versions – search them eBay until we get back to exhibitions in which case you might find them at the bigger shows. This means filling the mounting holes on the sloping ends with filler, and sanding and refilling until they are gone. 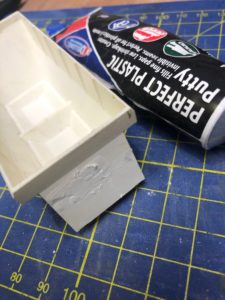 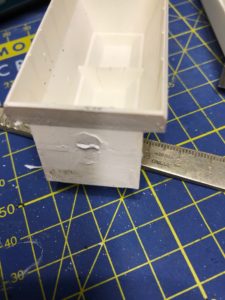 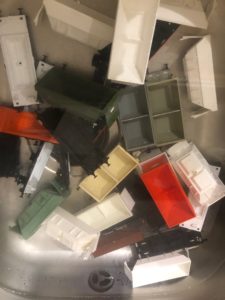 and into the spray booth. Firstly with Halford plastic primer, which you can see here on the growing fleet of Lima wagons with the suspensions completed. 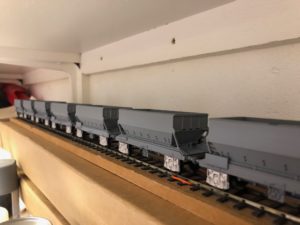 then Precision Paints, with the airbrush, with two coats.

Some Housekeeping on Painting…

It’s a solvent based paint, and whilst starting this project off, I realised that the filter on my paint mask was past its best. As spraying outside is off the agenda, it was time to invest in a new one – something we should probably all do more often to avoid the nasty fumes.

I also made use of a new gadget I got for my birthday. Yes, they are sold as nail varnish shakers but the small tins of paint fit perfectly. I know, it seems really lazy but the shaker really does mix the paint up very well (see @Minorieslayout on Twitter for a very short video). Even on some older paint which has settled and needs a bit of thinner anyway, a stir with a stick and then a session on the shaker and the paint is much better for it. 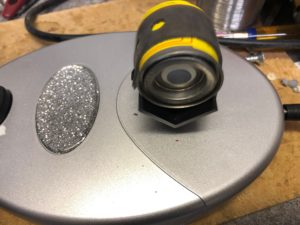 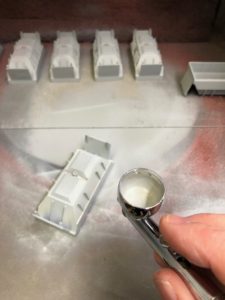 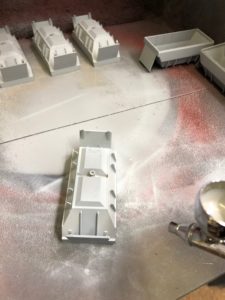 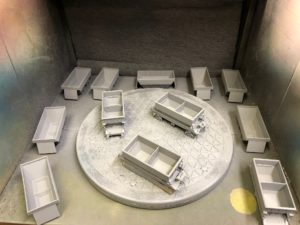 Now to the black for the chassis..