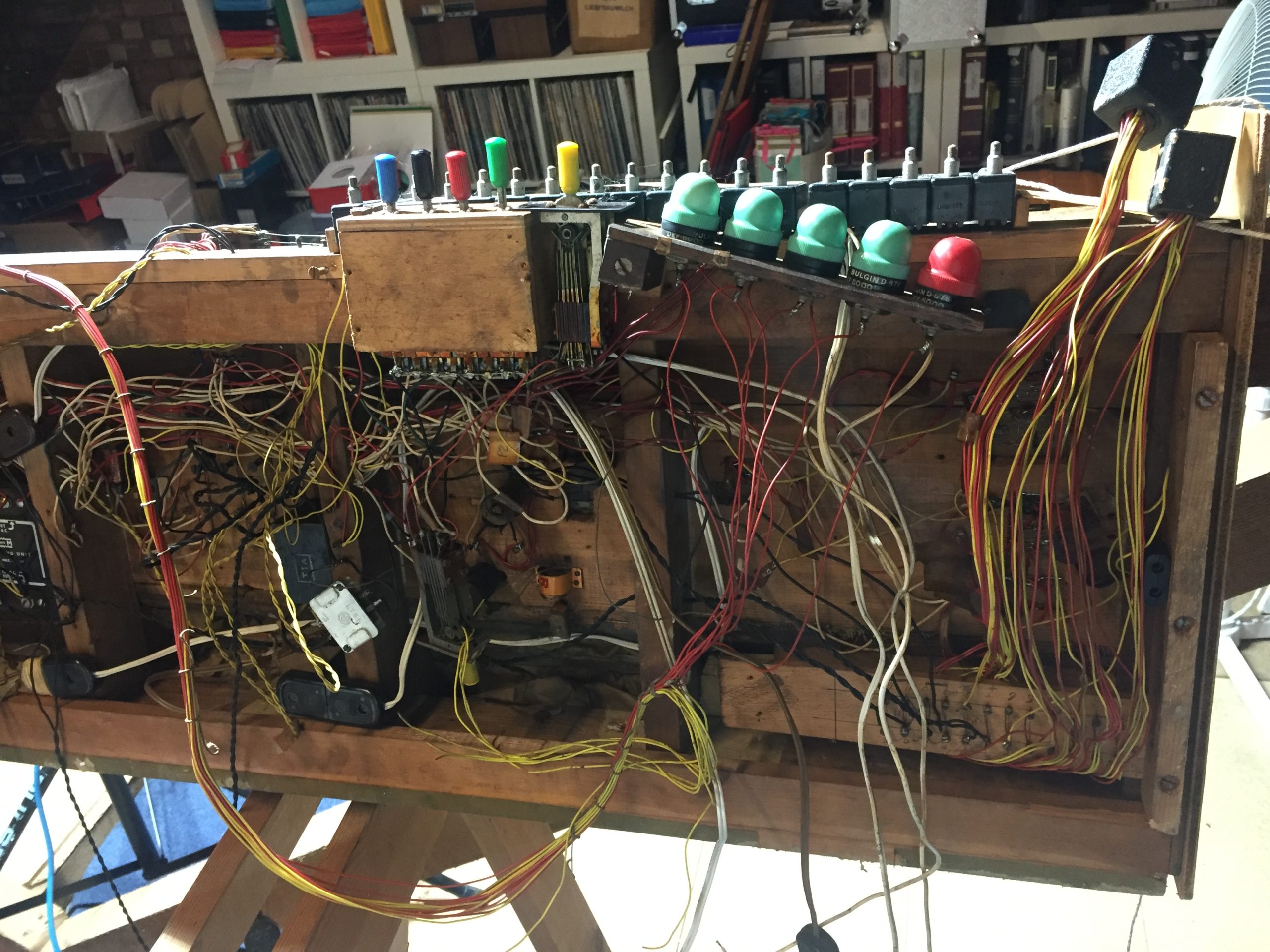 “Rydes Vale” was one of the earliest 2mm finescale layouts. Constructed in the early 1960s by Mr H H Grove and his son Bert, the Groves created a new set of track and rail standards which were instrumental in giving a faultless performance at our exhibition in Central Hall, Wesminster, London, for three years. This resulted in the Groves’ standards being adopted as the standard for the 2mm Association. Bert Groves was president of the Association for many years until his death in 2008. Your can read more about the history of the layout in Model Railway Journal 185, p223.

Simon picks up the story:

My main reason for joining was to pursue this project and get this layout back to running order with a sympathetic restoration of this iconic layout of my Step Grandfather/Godfather Bert. Having never worked in this scale before I have been slow to start this as my confidence was lacking and I don’t want to make a pigs ear of it, the more I have read all your progress with Copenhagen Fields I thought now is the time. Lockdown has been among us for a while and now, eventually I find that I have pretty much finished all the jobs my family had planned for me and now finally have some time to dedicate to this.

A few years back I acquired the main line section of the Rydes Vale which was destined for land fill. The MPD section is safely with my Uncle, along with the rolling stock, this has always been in a running condition and indeed since I was 5 I had helped ‘Bert’ exhibit it around Guildford. The mainline section has spent a good 50+ years stored in a loft in Guildford and in my lifetime (starting in 1969) it has never seen the light of day. 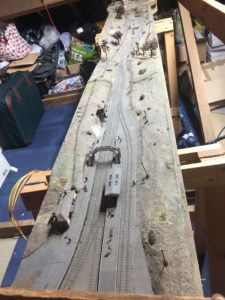 So where do I start with this? This is where I am hoping for guidance and advice from all of you in order that I can learn as I go and do Bert and his Father (HH) genius justice. As you can see from the photos the layout is recognisable but looking all its 50+ years age (probably now nearer 60 I suppose). I decided that the best course of action is to start with a rewire as I really don’t ever trust electrics of this age no matter what voltage is going through them, this would also give me the opportunity to try and understand what’s going on and also to remove a lot of unconnected wires. Over this weekend I have now removed the main wiring, checked the rail security (I have found around 5 track length ends that have dry joints and need attention), continuity checked all the underboard rail connections and mapped the layout (the wiring does have some peculiarities that I can now get my head round). I have also begun clearing the scenic area of things that will get in the way (this included removing the telegraph wires from the poles and removing the trees and any loose scenics). A lot of electric items have also been removed in order to make access easier (including ex GPO section switches, old H&M bridge rectifiers and 2 Ronson shavers!) 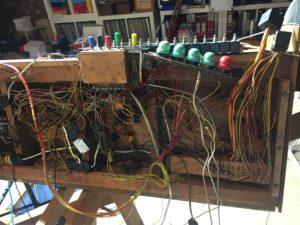 Next stage is to clean the track and resolder any loose sections (one may need removal of the main platform but have not investigated if that is easy to remove). Replace the wood screws used for wire connections in favour of new tag strips (this will make soldering a lot easier) and then try applying power to some of the sections and to get a test loco running on it. 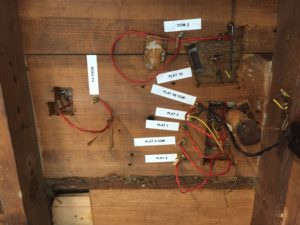 After removing all the lineside accessories to protect them from damage and also allow easier access I have removed all the old wiring and am currently installing tag strips in place of the brass screws used as solder posts, this will make everything a lot neater underneath and allow for easy fault finding etc.

During this I couldn’t resist getting my croc clip wires out and running loco down the Rydes Vale mainline for the first time in around 50 years, cheating I know but you need to have these little moments.

Ok so that’s it to start and I hope (if there is interest) to keep a regular update going (going to also send this to the 2mm association as I hope they might like too). I am open to advice and guidance from everyone included in this and hope you can help me get this part of the Rydes Vale running again for all to enjoy.

On a separate but linked subject there are ongoing discussions regarding the rolling stock and getting some of this into a serviceable condition but this is early stages.

A massive thanks to Tim Watson for his guidance and help so far, also sorry I haven’t been able to spend more time at Keen House and getting to know you all but life is hectic and free time is hard to come by.