Here’s work in progress on a signal controlling the ramp track between the upper and lower levels of our new EM gauge layout “Orchard Wharf”. It’s my first attempt at a signal in brass.

This signal is a MSE kit with a 20ft height. I have gone away from prototypical a couple of times for practical reasons, but if no one can spot them I guess it is OK. Excuse the blu-tack holding the counterweight and signal arm, but this was to hold them in position as the wires won’t be fitted until after the painting. 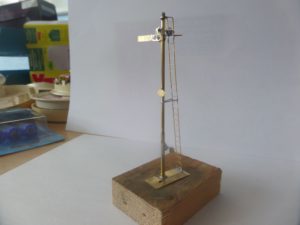 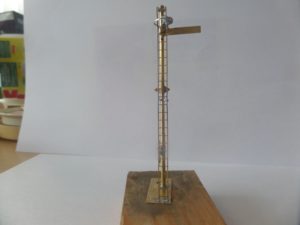 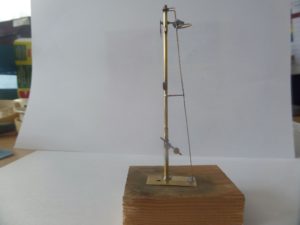 After the painting the wires and servo is fitted. 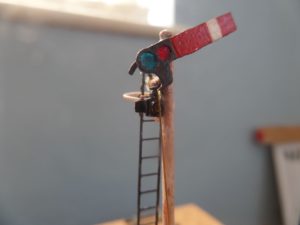 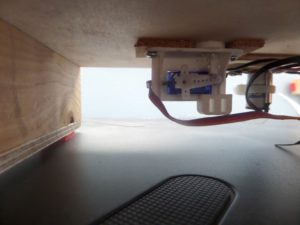 Things have taken longer than expected due to long postal deliveries, however I have now finished the signal, but have had issues with the baseboard fixing. As with most MERG bits the instructions needed to be modified, the dry run seemed OK, but after the mount had been epoxied alignment issues of about 1mm with the servo became apparent. A fix has been worked out and when replacement mounts come in the post I will put it together and we’ll upload a video to socail media.

Attached of photos of the signal so far, which has also been weathered for the yard / dockside. 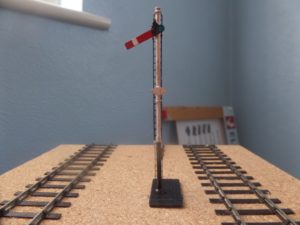 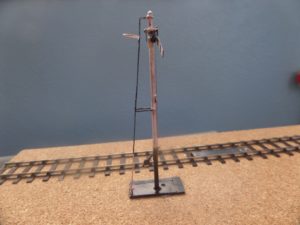 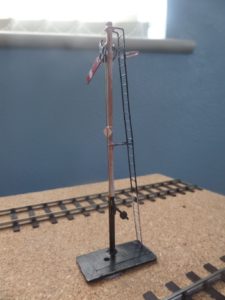 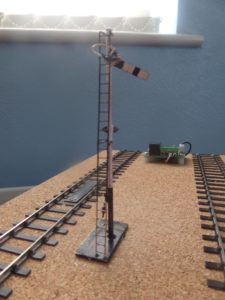