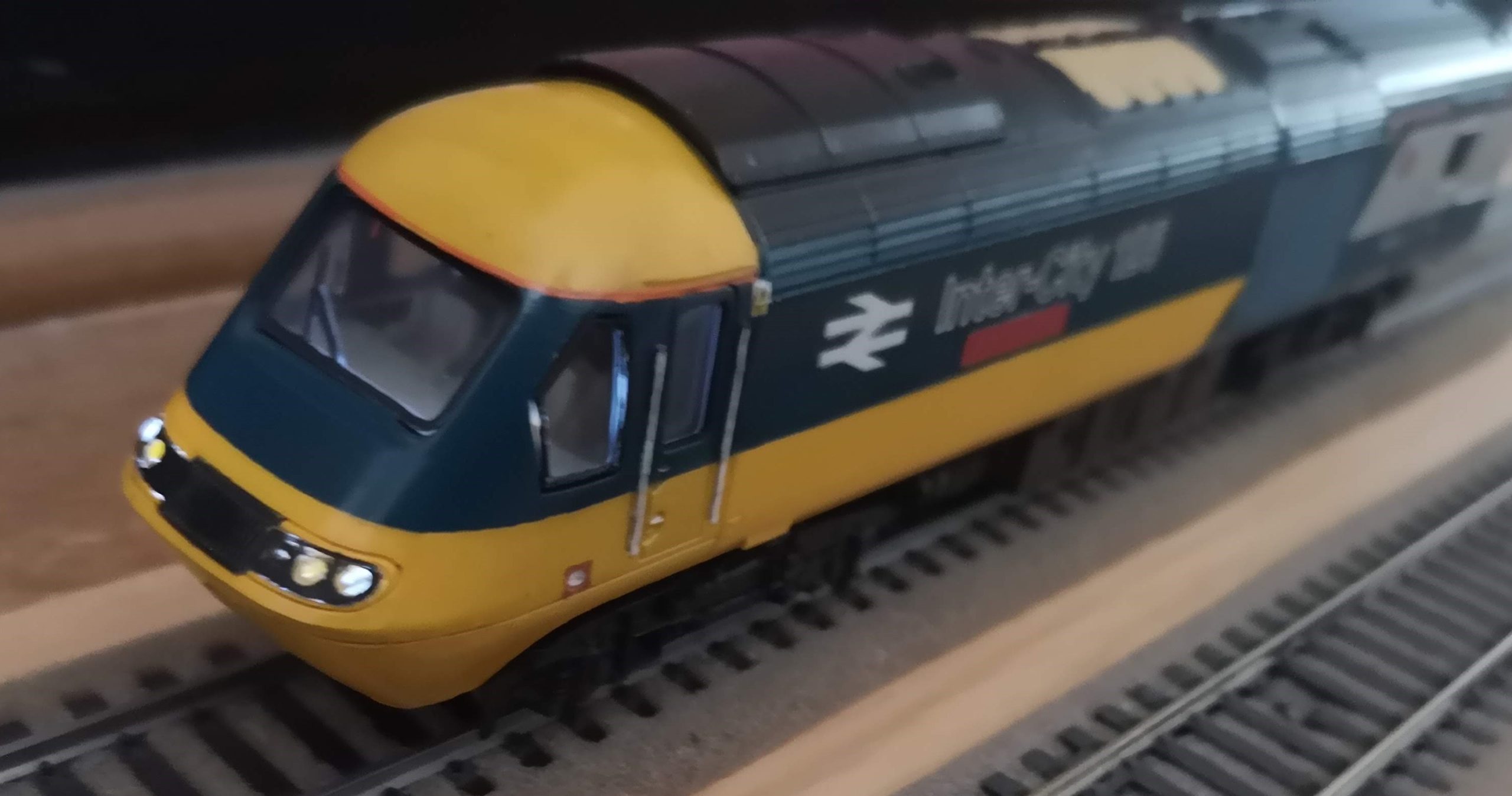 Although the current Hornby superdetail High Speed Train power cars are popular, they are not particularly cheap, but the secondhand market is awash with older Lima and Hornby models. These of course generally display older liveries, limiting choice if you want a more recent HST. However, the restoration of pioneer production HST W43002 into its original livery for the final few months of service provided an opportunity to address this as there are plenty of original livery HST power and dummy power cars available secondhand. In my case I had a Lima ex train set dummy power car with some damage to one side picked up for a few pounds that was an ideal candidate. 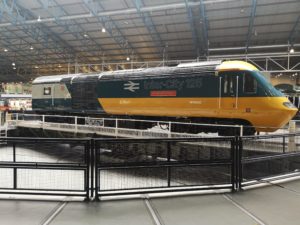 There were minor variations between early and later build HST power cars in respect of guard’s van windows. The Lima model represents the later build but in this case this suits us because W43002 was modified during its life to represent the later layout. For complete accuracy, the roof vent and baffle arrangement should also be amended to reflect the changes made when the power car was re-engined, but the Lima roof layout was close enough for me to leave alone. In terms of the changes needed for Sir Kenneth Grange, apart from renumbering, the model requires current type electrification warning flashes and the mandatory orange cantrail stripe added. I was able to raid leftover decals for these, I also had to repair the cosmetic side damage and part repaint but if you are using an undamaged model you can avoid this. I also repainted the translucent roof panels on the roof which were (incorrectly) black on the model as-made. The final touch is to paint the headlight lenses black and then use a cocktail stick to clear the circular headlamp patches as per the later type headlight display. 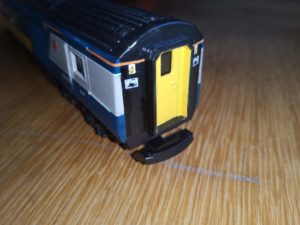 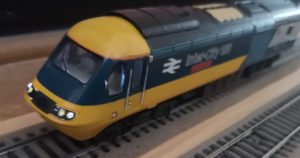 I managed to visit the National Railway Museum last summer where Sir Kenneth Grange was on display – the position of transfers and livery details were very much aided by the photos that I was able to take. This meant, for example, that I could paint the inner corridor door the correct colour – not something picked up in photos taken in service! The dummy Lima car has no lights as supplied but there is an inexpensive lighting board made by Black Cat Models that I decided to fit. Fitting pickups to the wheels was straightforward enough as the dummy car has metal wheelsets. I took the opportunity to paint the inside of the bodyshell black to limit light bleed. Lima HST models supplied in trainsets did not have cab interiors fitted; I repurposed a Hornby old-version interior instead as these are easily available as spares. The most expensive part of the rebuild was the purchase of the etched plates, made by Fox Transfers and which include a Royalty fee to the NRM. The end result pleased my son who is quite a stern critic, that was good enough for me. 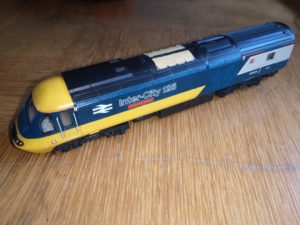 Since I began this project, Hornby has released an RTR version of Sir Kenneth Grange as part of a pack, but my approach will get you a model for well under £50, as well as being a satisfying project.