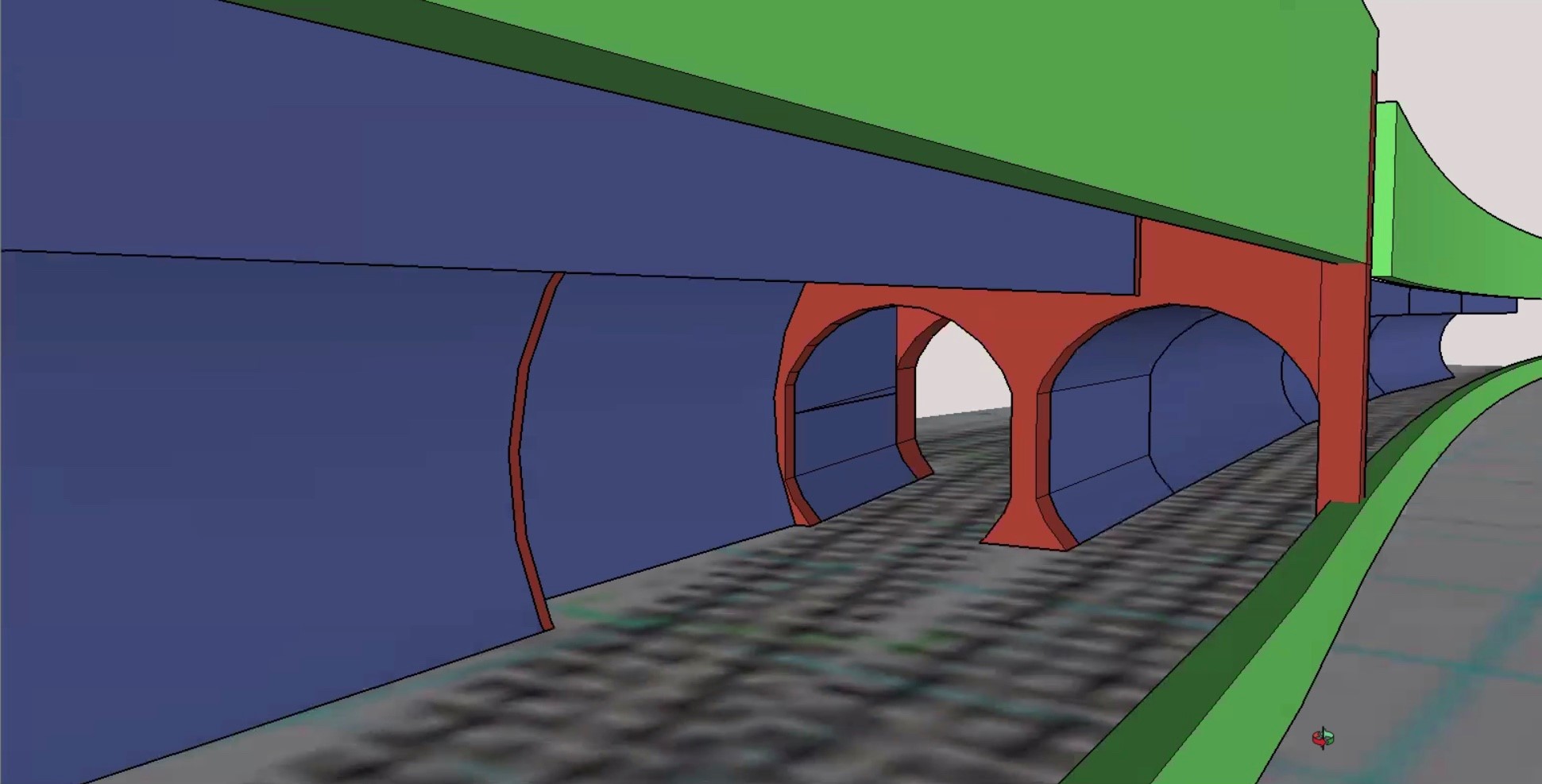 That clever Mr Wilson has been playing with a virtual model of the York Road tube station as it relates to Copenhagen Fields.  The olive green back board being CF- don’t worry the tube boards will not be painted Lincoln green! The rusty coloured tubes are not Mid-West grain silos, but are the lift and stair shafts that sit directly under YR station building.

The sector plate fiddle yard on the left would only be used when YR was shown on its own. The cutaways of the lift and stair shaft will show how these are made. We’re still musing about how to make the lift work.

In the track tunnels, the civil engineering of the crossover is exactly correct, with all the head walls in position and correct tunnel diameters, as taken from the original GNP&BR drawings. 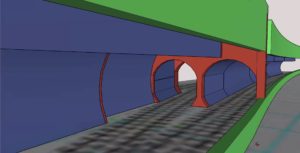 This 3D modelling has saved an awful lot of messing around with bits of card board tube. I suppose you could say that it’s the modern equivalent of our 1983 cardboard model of the model.

Back to the model, Mike R deposited a beautifully sculpted bit of wood to make up the missing bit of York Road at the very southern tip of the model. It all fits together quite neatly now, but I was a bit worried about how it would look. 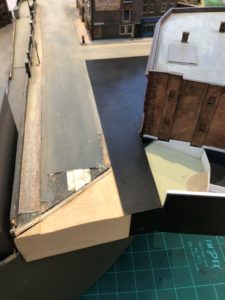 and it has had some colourful posters added to it: of course, only visible by the south end operator when on exhibitions. 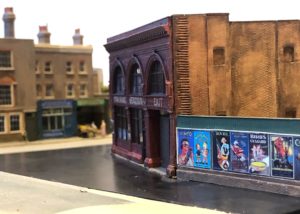