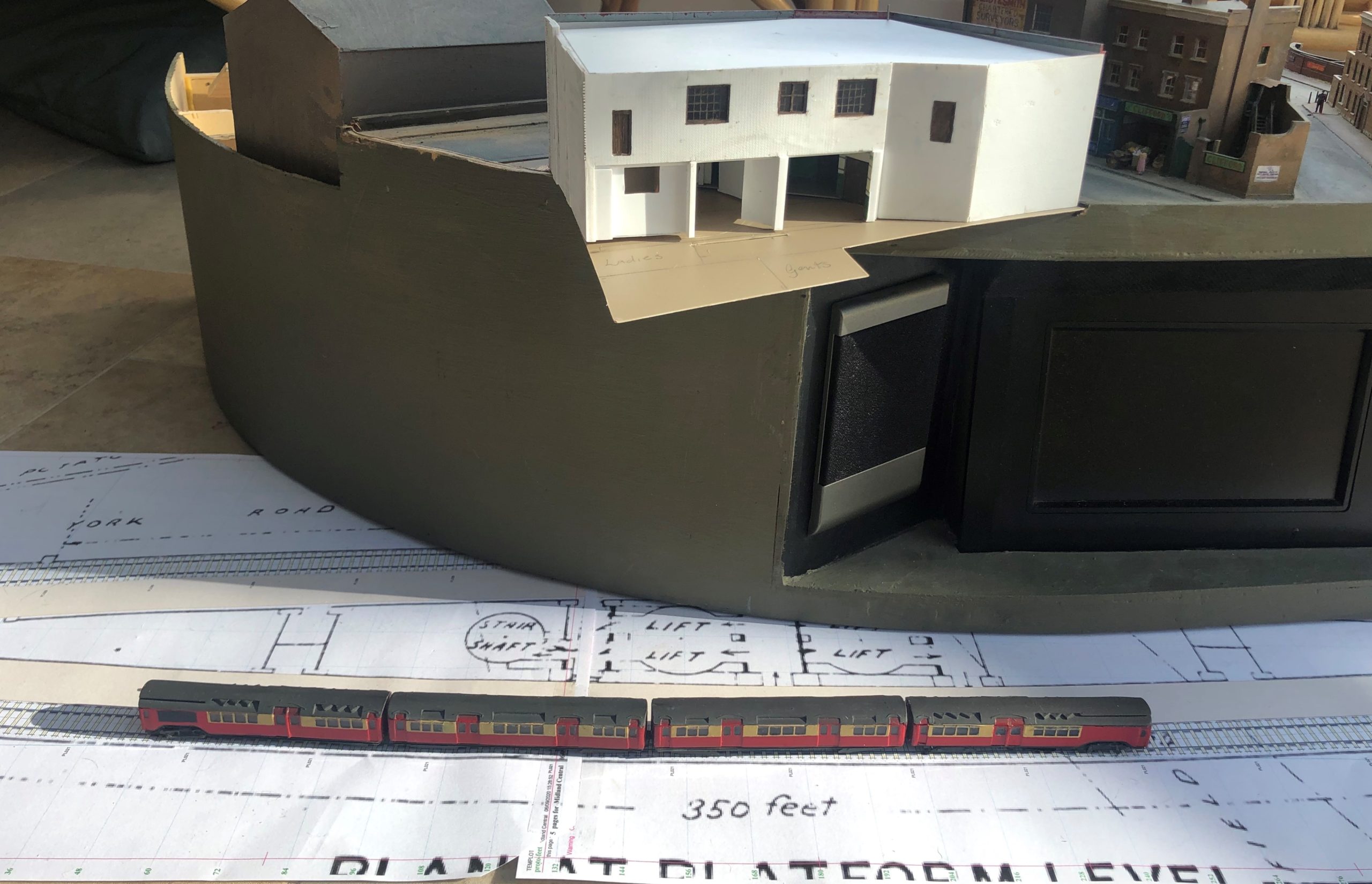 Richard Wilson and I spent a productive day trying out the alignment of the York Road plan against the relevant baseboard and station building. This has been almost completely re-made internally towards the back to ensure that the lift shafts and lobbies are in exactly the correct position to line up with the plan at platform level. 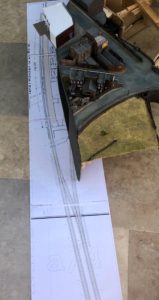 The platform line to Finsbury Park will be hidden under the layout, but the up line and crossover to the north of the station will be fully visible. The plan may not be 100% accurate in that area, but we now have the full prototype plan showing tunnel sizes etc, so that it can be made correctly.  It is almost certain that the station building will be removable, as there will be more of the underground structures modelled – the gents loo will therefore be made – it is no wider than the line of the platform track. The ‘area’ in the far left corner won’t be represented. The television screen will probably be covered over, when the underground section is on display, but left in situ for when it isn’t. I have another display screen that could be mounted at the north end with the Ladykillers out-takes.

Richard has mocked up the tube tunnel rings as a 3D print, which will save a vast amount of work and be very robust.  The distance between rings is currently 30” – it should be 18”-23”, but that will be modified in production. The different diameters for the crossing tunnel civil engineering can also be made as required.

The tunnel bore is generous on size, but that will be important for dynamic tolerances and it could also allow an N gauge tube train to pass, should one ever be manufactured. 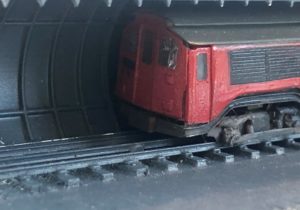 The train in the image is sitting on a piece of fully sleepered track, but the production track will be more nearly flush ballasted and the cement infill in the lower part of the rings will also be included in the 3D print. I think it is fair to say that without the availability of CAD and modern manufacturing techniques, this line would be very much harder to make!  It is also quite gratifying to bring all the state of the art modern techniques to bear on a 35 year old Club layout.

We need a session with the Gasworks Tunnel board linked up with Randells Road to check out the alignment with a more definitive station and crossing plan. We have ideas for a unique type of baseboard heading north… 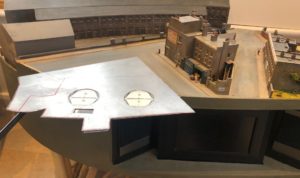 The paper plan can be seen under the steel, showing the lift shafts and cars (only the left hand, southern, one was ever used) and the stairs down to the basement. To the left of the steel plate the layout will be expanded slightly to square off the York Road and we will merge Bingley and Randells Road at the front on the right. There is room to accommodate this in the storage box. 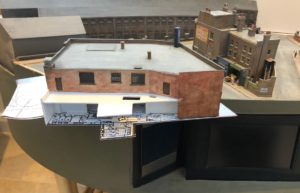 The magnets for holding the steel down are ordinary ferrous type at present but these will be replaced with modern materials with a stronger flux very shortly. The station building and platforms are a bit further out than originally intended, but this allows us to make the lift shaft operational.  The shafts will be made from 51mm brass tube. I now have drawings for parts of the lift mechanism.