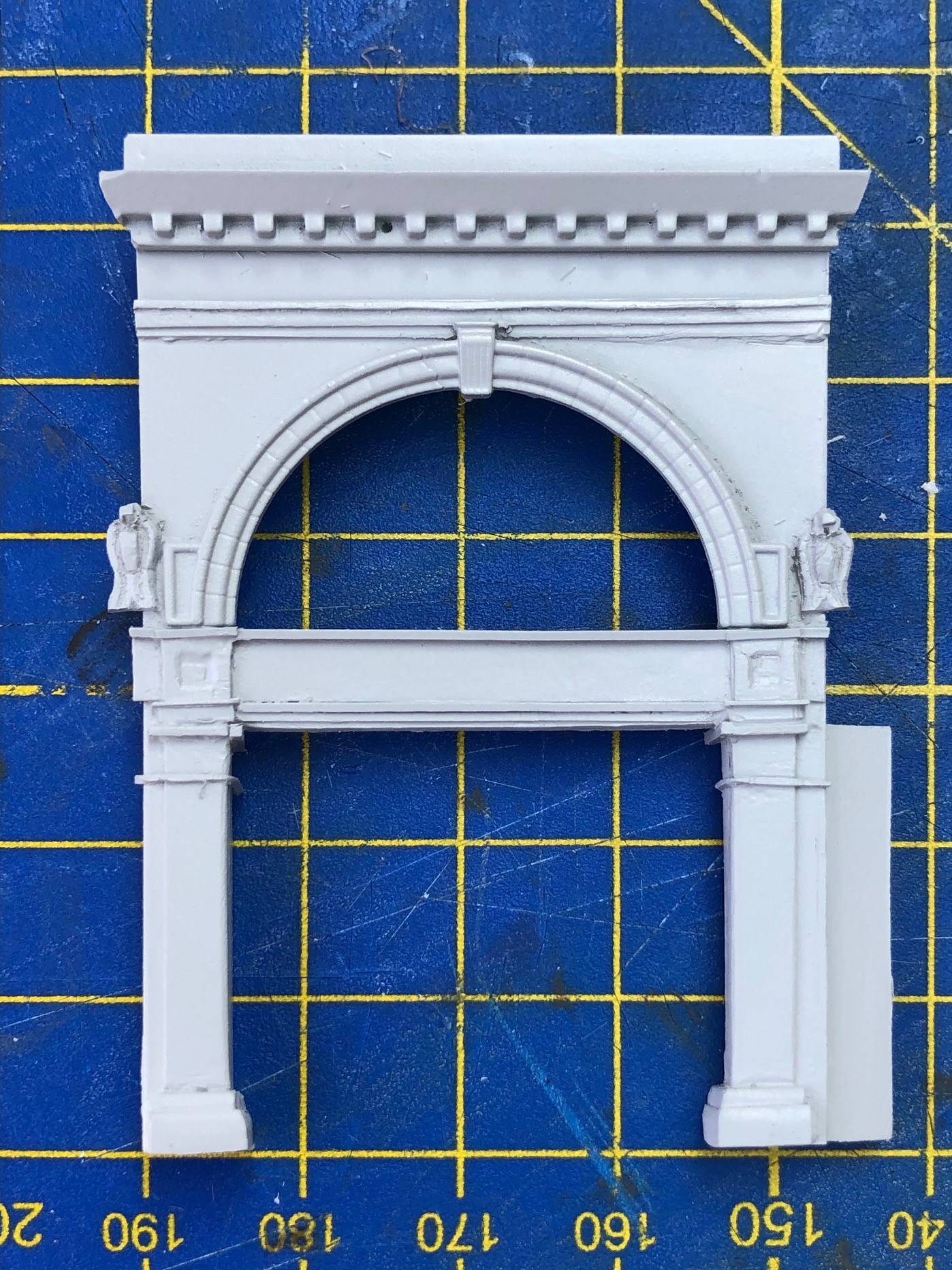 Following on from the initial post, here are a series of progress updates:

The York Road tube frontages are now complete and awaiting detailed painting. The addition of a coat of primer really brings out the various details and motifs, especially the 3D printed dentil courses and window surrounds from Richard. 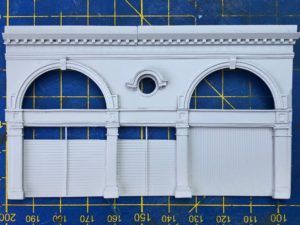 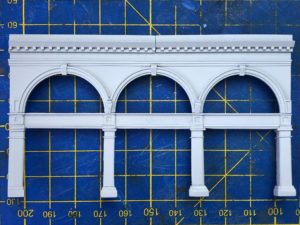 It’s interesting how a straightforward job can sometimes develop into something rather bigger. When I started to look at the position of the tube station building on the Randells Road board it became obvious that the curved cut away at the back of the structure would produce an ugly blank effect when looking over the layout and would certainly make photography difficult.

After further analysis of the plans and aerial images from Google it became obvious that the building could be modelled more or less in full, albeit, over-sailing the curved baseboard edge.  (The paved area at the bottom of the Google maps image overlays the escape stair shaft for the station.) photo (c) Googlemaps 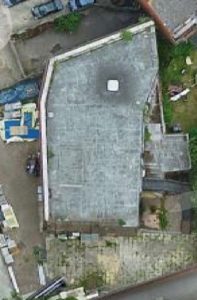 In the Halcrow plan (at 90 degrees to the photo), the double dotted outline within the structure, above the lift shafts, is the outline at first floor level at the rear. 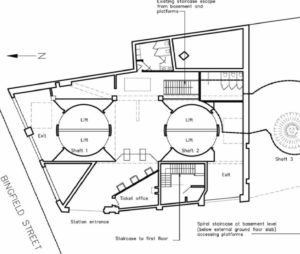 Indeed the rear of the station has been heavily mutilated over the decades, as shown by this image, taken prior to a more recent ‘tidy up’. The ladies toilets seem to have been chopped off by this time. (courtesy of Doug Rose and London Transport Museum archive) 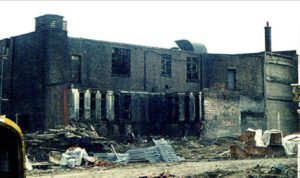 Returning to the model, this photo shows a near aerial view of the model building in place, the white styrene roof following the curve of the baseboard.  The red lines show the potential outline of the first and ground floors, but the rearward extension for the gents toilet is not shown. 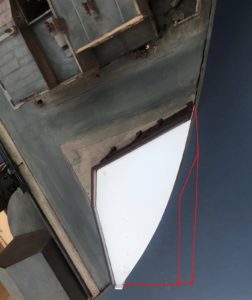 The outer red line virtually follows the line of the main baseboard through Belle Isle, which is also, of course, on the alignment of the Piccadilly line to Caledonian Road station.  In fact, when one looks at the alignment of the station building over the running lines one sees that the southbound line to KX curves outward on a 600m radius curvature to avoid the centre lift shafts and cross passages. 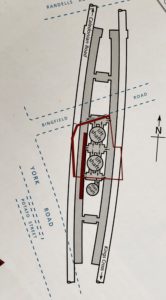 The platform faces are only 350’ long and so the underground section of the station could be modelled in its entirety in the space before the south end Toblerone and also extending northwards towards Caledonian Road station.  The track curvature, especially if it were slightly tighter in radius, is very favourable to the shape of the south end of the layout.

Perhaps the clincher for making a model of the underground section, with its decorative platform wall faces, is the availability of full coloured drawings of the unique Wooliscroft tiles for York Road.  These were published in the seminal 2007 work by Doug Rose in “Tiles of the Unexpected Underground”. 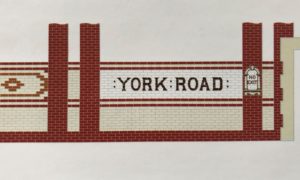 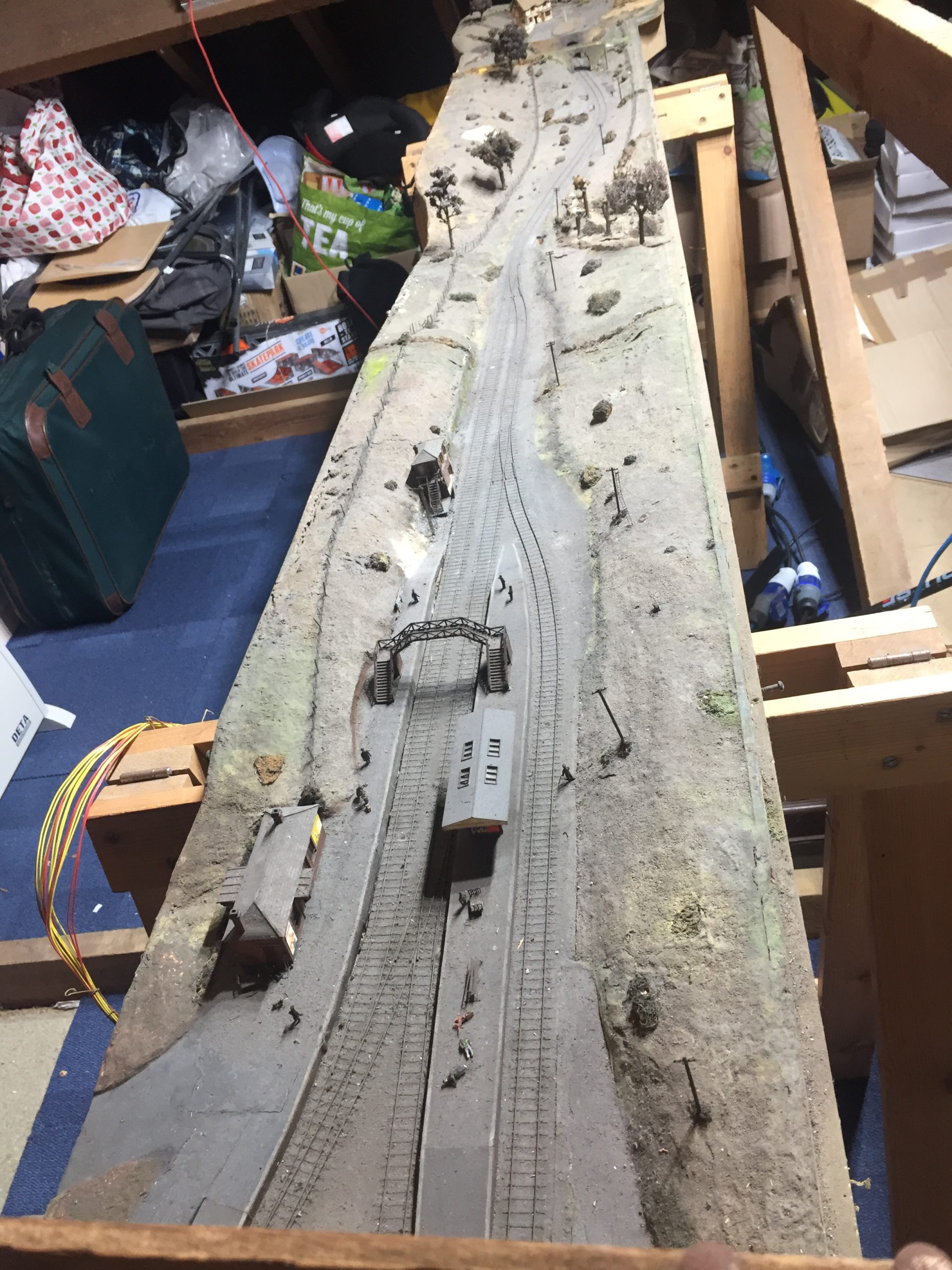 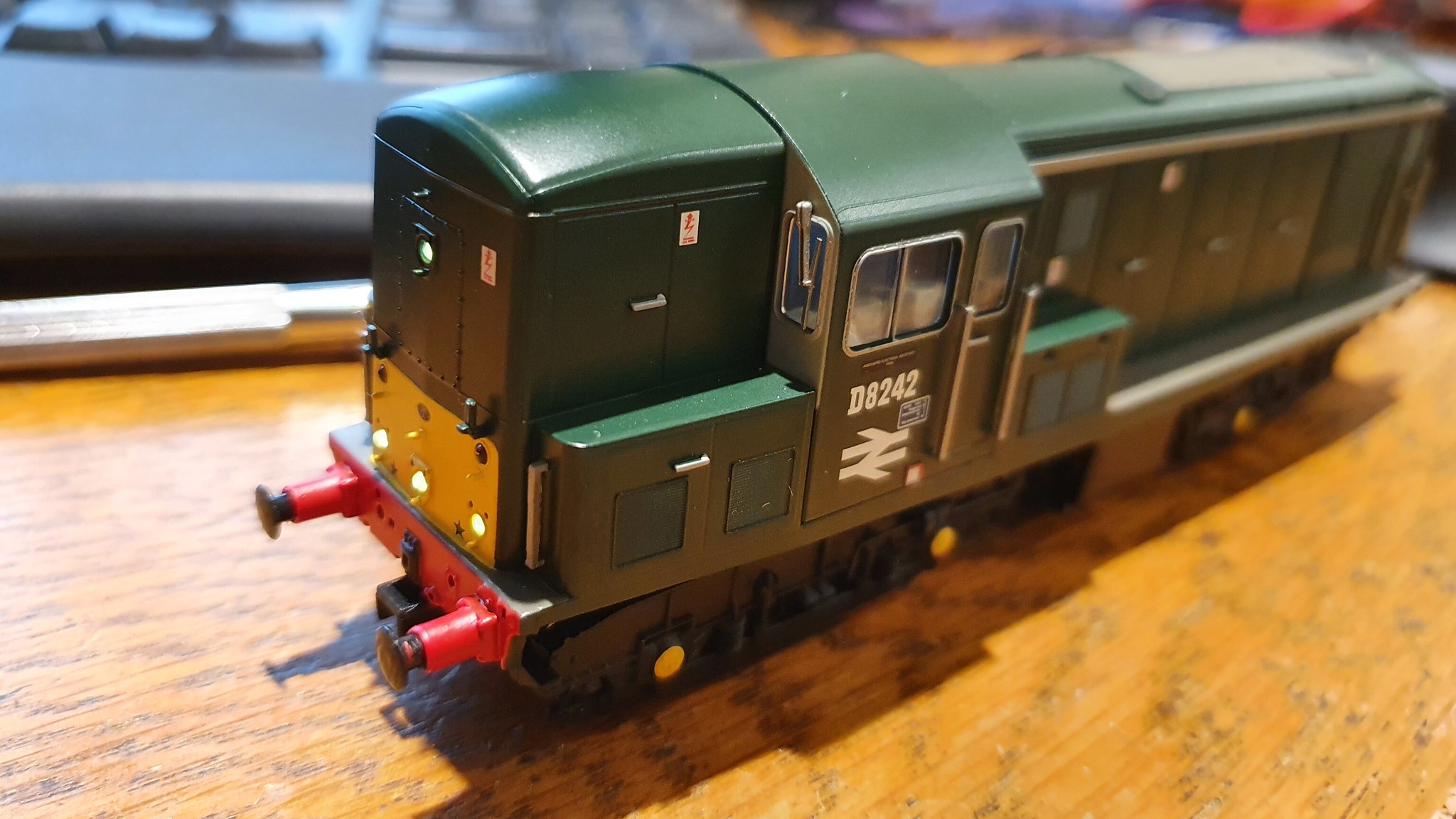