Lynton and it’s narrow gauge engine have made quite a bit of progress over the last couple of weeks (the shed build is here). The control system for the layout will be dead rail, battery powered.  Currently (ouch) the engine has a small receiver (Rx) and a 100 mAh battery in it. I have, however, machined away much of the body weights in the tanks to give room for a 500 mAh battery at 40x20x6 mm size. This increased battery size should give it significant endurance of a few hours. 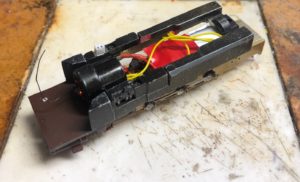 I put the Rx is in the firebox and the tell tale LED indicator lamp was positioned to just poke through the open fire box door as a glow, the aerial will double up as a rather long slack pipe.  The charging socket is visible in the left hand bunker and the isolation switch in the right hand bunker. After a careful bit of disguising these are quite inconspicuous. 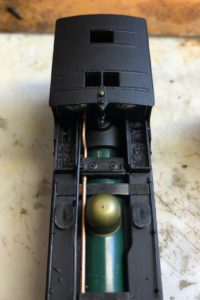 The firebox glow is quite jolly, but serves a useful purpose of indicating the state of the Rx and battery. 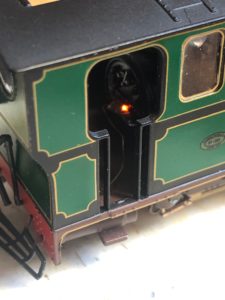 I have taken delivery of a load of 2mm Association wagon wheels, which were quickly re-gauged. 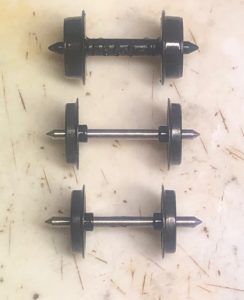 I did this with a simple jig using the small lathe as a press. 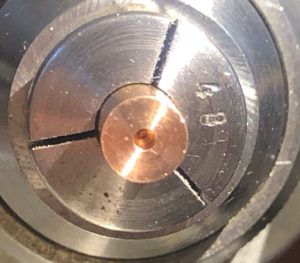 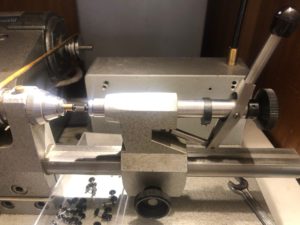 With the loco mods well underway, I have also made the track for the engine shed. The superb jigs which Alan Smith made has helped significantly. 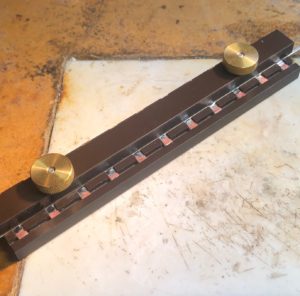 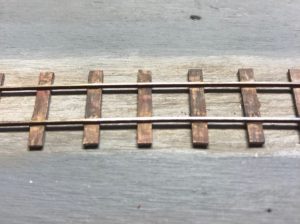 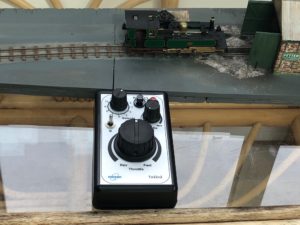 Check out our blog for other modelling articles